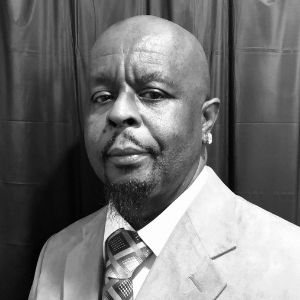 Victor Burke is the President of The Burke Management Firm and is a well-established entertainment manager with a history of success in the entertainment industry. He was born in Dublin, Georgia, and has a unique passion for entertainment; not from the artistic side, but from the business and artist management side. Victor began managing talent from a very young age, beginning with his brothers’ group, “The Funky Fresh Crew”, earning them paid contracts that led to success. He attended Albany State College and earned a Bachelor’s Degree in Business Administration with an emphasis in Management. He became a member of the Board of Managers and led entertainment on campus, providing talent for campus events, leading to obtained services from legendary artists like Public Enemy, Eric B & Rakim, and LL Cool J. This became the foundation for The Burke Management Firm. Upon graduation, Victor relocated to Macon, Georgia, where he met and signed the young rapper, Sonny Spoon, who later captured national attention with Atlanta Falcons’ hit song, “The Dirty Bird”. He has also executive produced feature films that have been aired on leading distribution platforms. Since then, Victor has settled into his role as a full-time partner and President of The Burke Management Firm, where he manages many celebrities, actors, sports figures, content creators, and directors. He has offered creative solutions in the industry and is always ready to go the extra mile to secure talent and ensure their success.